About Eat This Much

We're a small company focused on providing tools and support for people who want to take control over their nutrition. Given the saturation of information in the diet industry, we focus on more pragmatic elements of healthy eating such as planning, shopping and cooking.

This site is the latest part of our ongoing project to make effective nutrition strategies available to everyone, especially people who are too busy to get started on their own. What began as Swole.me, a simple tool to help bodybuilders hit macronutrient requirements created by just Louis, has grown into the current service supported by a small and dedicated team.

Check out the catchy ETM jingle, made by the awesome team at Grumo Media

I started the diet generator in 2011 out of my college bedroom instead of studying for my biology exams - back then it was called Swole.me. The original meals were almost totally random, resembling the college “bodybuilding” diets I followed (dinner = 2 cans of tuna, stick of celery), hence the name.

I kept improving it whenever I had free time, and the meals got better the more I worked on it. When they started to look like something a normal, well-adjusted person might eat, I renamed it to Eat This Much and teamed up with Patrick (my roommate at the time) to build something that everyone can use to effortlessly control their diet.

I've been working with Louis on ETM since October of 2013 when I left a position at Riot Games to pursue my dream of working on a startup. I started off by setting up an automated build and deployment system using my experience from Riot Games, and since then I've been fully immersed in iOS and web development for ETM. I'm learning a lot while enjoying the ride, and could not be more excited for the future. 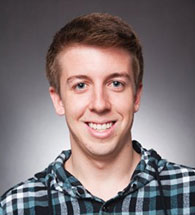 I was a structural engineer in training for around a year before I decided to pursue programming, and I've been building Android apps ever since. I found an awesome combination of qualities when I started at Eat This Much. The work is challenging enough to keep me engaged, and it's for a cool product that I really believe in. 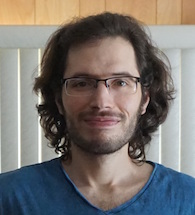 After moving from Seattle to Los Angeles in December 2014, I was fortunate enough to join up with the guys at Eat This Much right after the new year. Having quite a varied background in Customer Support as well as a personal interest in healthy eating, I jumped at the chance of being able to be a part of such a promising new company. I've been a pescatarian throughout most of my life which at times has proven a bit difficult to manage, so I was ecstatic to find a way to ensure that I was getting the proper nutrients every day.

Being a part of this team has been very rewarding. I love getting to chat with all of our customers about their personal journeys and how Eat This Much helps them reach their goals. It's really awesome to get to be a part of the growth of this company, and I'm looking forward to seeing what the future brings! 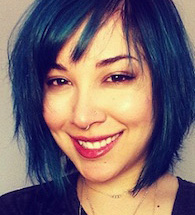 During college, it was a struggle to balance classes, social life, and a healthy diet. This ultimately led to lots of forgotten, rotten vegetables; a few too many Chipotle burritos and Taco Bell quesadillas; and a thinner-than-average-college-student wallet. Then I discovered Eat This Much and have been using it ever since. After gradutating from UCLA (Go Bruins!), I was fortunate enough to link up with Louis, Patrick, and the gang and start helping make Eat This Much even better than it already is. As someone who's always been interested in health, nutrition, and food in general - I'm a huge Chopped enthusiast - it's really cool to be able to work with an amazing team on such an awesome product that deals with those interests.

When I'm not working with the team at Eat This Much, you can find me in the mountains snowboarding, on the beach playing Spikeball, or in the kitchen trying out some of our great recipes (highly recommend the Keto Creamed Spinach). 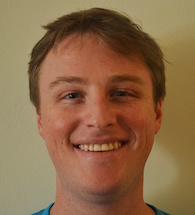 I not only have to worry about what I'm going to eat, but also my wife and two kids--many times I've found myself at the end of the day scrambling to put together a healthy meal for my family. That's the problem that Eat This Much solves for me.

I studied Mathematics and Computer Science at MIT. I've worked at Oracle, Google and a few startups, and now I'm excited to lead algorithm development at Eat This Much. I want to deliver healthy meal plans that our users are excited to eat! 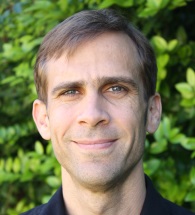 Do you have any dietitians on staff?

We've worked with dietitians to establish some of ETM's core principles, but we don't have any on staff full-time. To those that worked with us, thank you!

It's important to restate here that Eat This Much is a tool for helping you get what you want out of your diet. We don't "prescribe" a diet or anything like that, and it would be disingenuous for any website or app to say that it can. Instead, we help you quickly create a meal plan within your own parameters (we suggest some basic ones, but you can change them to whatever you want), and then shop for and cook that meal plan. Basically, we strive to remove as much friction as possible from your quest to eat the way you want to reach your goals.

Icons8 - The Free License. We use the license called Creative Commons Attribution-NoDerivs 3.0 Unported http://creativecommons.org/licenses/by-nd/3.0/ . Thanks for letting us use your icons!

Other icons made by Freepik, Anas Ramadan, SimpleIcon from flaticon.com. Licensed by CC BY 3.0

In our mobiles apps, the barcode lookup is Powered by FatSecret .